How to Make Paper Streamers with Your Sewing Machine

.
There are lots of blogs out there telling how to make the circle punched paper streamers....  Most of them do it the same way... glue it to a string... but if you have been around me long you know that I am always looking for another, faster way and I think I have it!
Now the pictures I have below are for a pom-pom (I haven't seen those...they are probably out there, I just haven't seen them). You can follow the same directions for plain single layer (or more) punches as well... 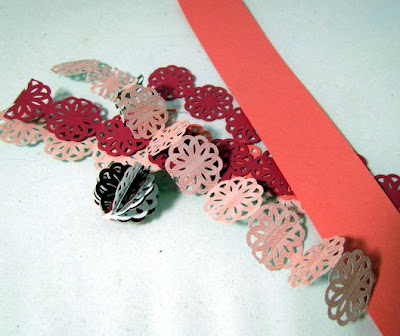 The first thing I did was use a Border Punch that creates a free-standing "ribbon" rather than just an edge to a card.  The one I used was great because it makes a good circle, but I tried several that I already had and they worked fine, try what you have already.
Before I tried the border punch I just took a piece of cardstock and fan folded that...cut it into the shape I wanted and did the following...that worked too, but it wasn't as lacy as the punch. 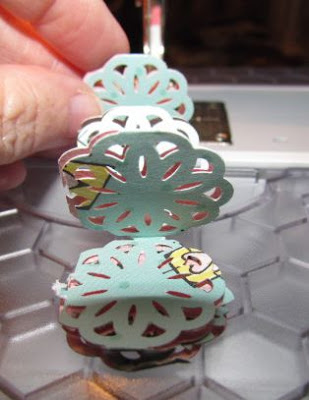 After I punched  it out, I fan folded it 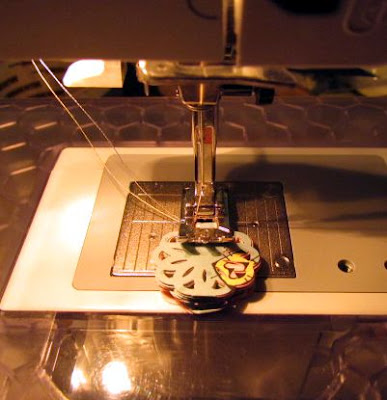 Then, sewed through all of the layers (this was a 12" strip folded so it was quiet thick)... Sew from fold to fold so you don't have to cut the folds apart later. 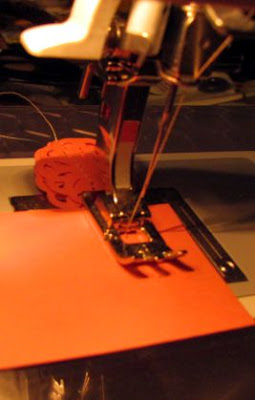 Now here is how you can make all of the distances between pom poms even.  Cut scrap pieces of cardstock so that they are all the same width... stitch across that width and then add the next punched pom pom 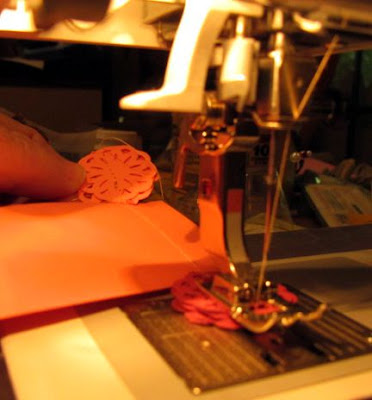 Butt the next pom pom right up against the cardstock and continue doing this until you have the desired length. 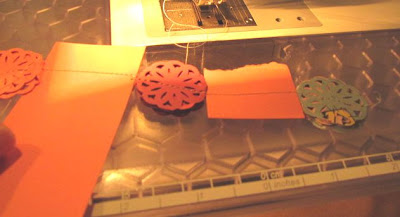 You can see that my paper between the pom poms is ugly...doesn't matter because of the next step...I just cut one long strip and kept tearing off the far end. 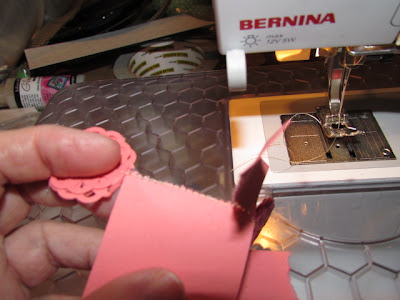 Now tear the cardstock away...it should be easy and the thread didn't break on me so you should be fine. 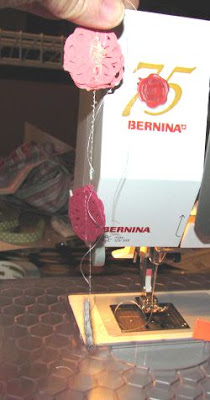 And here you have it... a string of "pom poms" ... that need to be fanned out, easy enough to do, just crease them and fold toward the middle

Sorry for the lousy picture, and I didn't do a very good job fanning them out, sorry.. As always, I'm not actually going to use the streamer for anything, I just wanted to figure it out!  You do better than I did, make yours pretty.


More Ideas:
You could also sew it down onto a card for a 3-D look...  How cute would it be to have a little dress on the front of a card and use this technique for the skirt ...smaller version, not as large.  You could use plain paper and cut it into the right shape instead of using the punch. ...Or, make a Christmas tree... or you could make a larger version into a Christmas ornament.  Actually, you could sew it into the inside fold of the card...glue the two outside pieces down and when you open it up it should open up..... Hummmmm.... I guess I know what I'm trying tomorrow morning!


HA!  You have just witnessed my brain at work again :-) 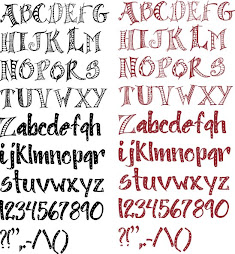 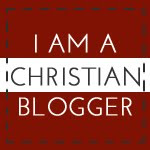